Welcome back to the Trident Monthly round-up!

The aim of these monthly posts is to keep you abreast of all the weird and wonderful news and insights to come out of the world of marketing. Every month, our team will pick our favourite campaigns, brand insights and marketing trends that you can use to enhance your marketing knowledge or even as inspiration to delight your audience.

So let’s get cracking with our top stories from June:

We are very proud to announce that Kim Burrage and Adam Burrage were awarded the Directors of the Year in the Family Business category at this year’s Institute of Directors East Midlands Awards. The ceremony, which took place on Thursday 20th June at Winstanley House, saw many family businesses and directors come together from across the region.

Having won the regional award, Kim and Adam are also shortlisted for the IoD awards at a national level, which will take place in London on Friday 18th October.

Print marketing has seen demand significantly increase, thanks to the great performances of the English national football teams (both Mens and Womens) and the All English final in the Champions League.

Huge increases in spending on print marketing were reported as a result of reaching the semis and print was another major beneficiary, with spikes in demand seen for replica kits, St George’s flags and all sorts of related promotional merchandise. This is before taking into account the extra newspapers and special editions, books and magazines, promotional campaign materials, wallcharts, graphics and POS that was produced to report, commemorate and celebrate the team’s success.

“Immediately after Liverpool’s victory, the team’s official store was selling a range of t-shirts, flags, stickers, mousemats and mugs bearing ‘Champions of Europe’ branding. The Liverpool Echo, meanwhile, published three special ‘Madrid edition’ newspapers for football fans that had made the journey to the Spanish capital for the final. The title, which is owned by Reach, used Bermont, the existing printer in Madrid that Reach uses for the international edition of the Mirror, to produce the souvenir editions.”

Print marketing continues to be a strong part of marketing strategies in this digital age!

The aim of these monthly posts is to keep you abreast of all the weird and wonderful news and insights to come out of the world of marketing. Every month, our team will pick our favourite campaigns, brand insights and marketing trends that you can use to enhance your marketing knowledge or even as inspiration to delight your audience.

Drawing from its selection of reasonably priced furniture, an array of styles were brought together to recreate some of the iconic spaces of television. A selection of bright and bold fixtures was used to create the living room of 742 Evergreen Terrace that is spotlighted at the top of each episode of The Simpsons. While a string of ’90s-esque furniture made up the massive living room of Monica Geller from Friends.

Check out the Real Life Series living rooms of The Simpsons, Stranger Things and Friends above and head over to ikea.com to see how you can recreate the look in your home.

Great idea and execution for the Swedish brand!

Oslo’s new identity is inspired by shapes of the city. The city of Oslo has been given a new visual identity, including a new logo, font and design system, in an effort to build a stronger relationship between the municipality and its residents as well as clarify the public services on offer.

The city was an inspiration for much of the redesign. A new colour palette has been picked to reflect Oslo’s cityscape; blue from its trams and the fjord, green from its parks and protected forests, and warm and neutral tones inspired by its buildings’ facades.

We love the source of inspiration used for the rebrand and feel that it definitely gives the Norwegian capital a modern look to match its avant-garde technology and society.

“According to the research, this growth will be driven by increased penetration by digital in markets such as packaging, as well as greater competitiveness in longer runs as higher productivity kit is developed. Population growth and increased urbanisation have reportedly influenced the consumer demand for print, as supply chains move to on-demand or short-turnaround models and the use of artificial intelligence and big data factor increasingly into manufacturing.”

“We wanted to create an operating system that was instantly recognisable, from print to pixel,” Manchipp says. (SomeOne Agency London)

It’s certainly going to be an interesting few years ahead for digital printing, and we are looking forward to it!

BT Group has rebranded, in a bid to highlight the range of technology services the company offers, aside from telecoms and broadband. The new look is part of a wider brand strategy to increase public awareness of the company’s more holistic services, such as its digital skills programme in schools, and its work on global cybersecurity

The rebrand also aims to draw attention to what the company is doing in terms of equality, sustainability and the environment – it has a target of using 100% renewable electricity globally by 2020, and has a relatively low gender pay gap of 6% compared to the UK average of 9.6%, and also gives more women than men bonuses.

A bolder logotype has been incorporated, and the roundel provides white space within the symbol, which allows the logo to be printed over multiple backgrounds and used as a holding device for imagery.

We like the bright, bold colour chosen for the new logo design, however, the design itself is almost too simplistic, although that is the current trend many brands are moving towards. 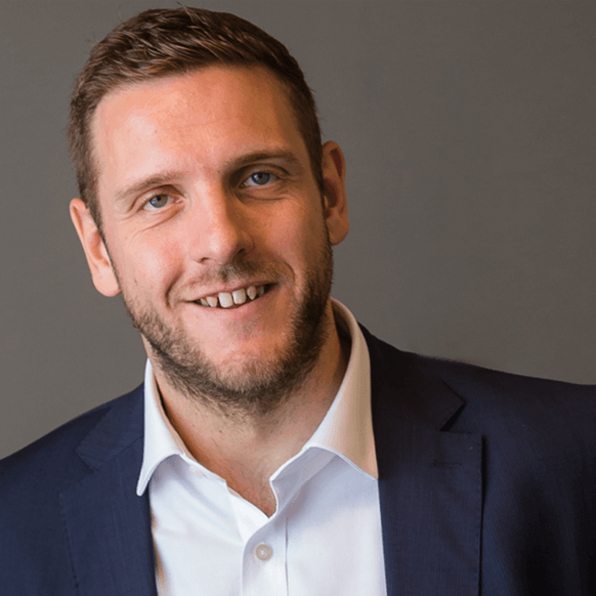 Your company’s website will form part of its public face. You’ll need to make sure that it holds up and represents you well. If it doesn’t, you could miss out on business. Making sure it looks and reads well is relatively difficult. If you’re not trained in web design...

END_OF_DOCUMENT_TOKEN_TO_BE_REPLACED

The Rebranding of Google My Business to Google Business Profile

You, along with many others may not be aware that at the beginning of this month, Google announced that it is rebranding Google My Business as Google Business Profile. In fact, 42% of small local businesses were unaware of the changes and only 12% were very familiar...